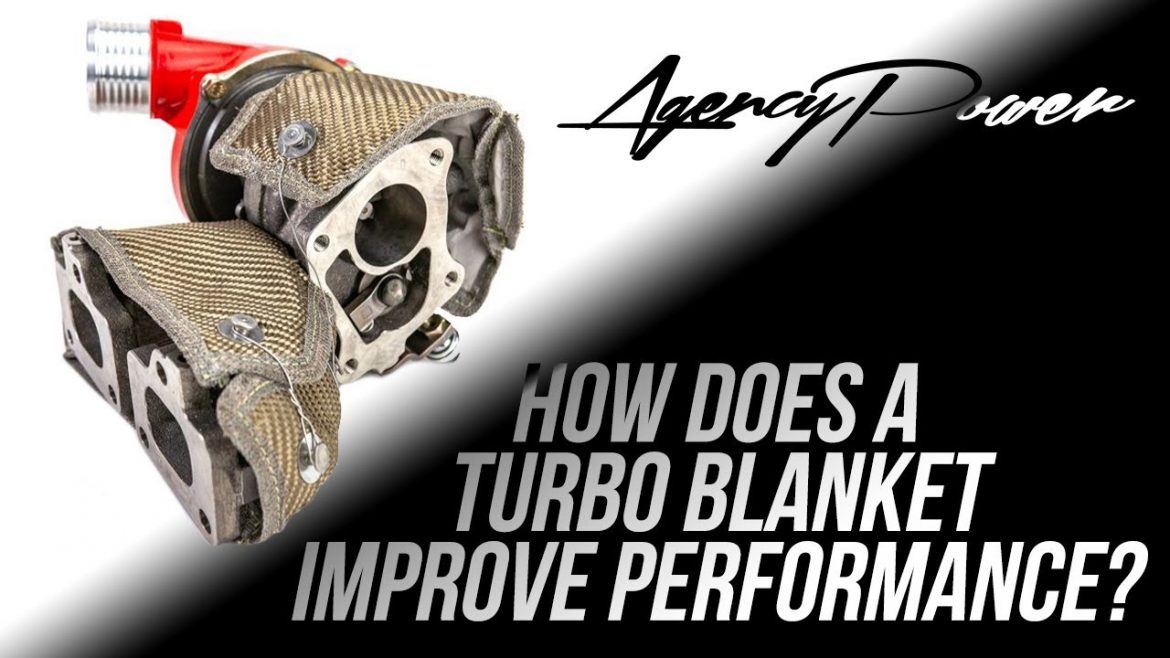 How Does a Turbo Blanket Improve Spooling?

First, let’s discuss what happens inside your engine. Cold air is dense which means it exerts a higher oxygen rating. After entering the engine, the oxygen breaks down and combines with the hydrogen and carbon during the combustion stroke. This process then heats up the air and thins it out. The hot air exits the engine through the turbocharger which results in the turbo and exhaust piping dispersing all the heat. Since the turbo absorbs the heat, it transfers to its surroundings in the engine bay which, in turn, cools the exhaust gasses inside. This can actually cause the turbo to lag when coming on to boost since the air has a higher density and requires more effort to spin the turbine.

Using a turbo blanket will allow the turbocharger and exhaust to maintain their heat and keep the gasses flowing through hot. This results in an increase in spooling rate as the passing air is thin and can move much quicker. The air passes through the turbine with less resistance and directly translates to a significant power gain.

Watch Our Video About Turbo Blankets! An added benefit of a turbo blanket is significantly reducing your engine bay temperature in your machine. Maintaining the heat in your engine bay is highly important. Surrounding components can wear out quicker due to extreme temperatures and turbochargers produce a hefty amount of heat which means sensors and wiring might not last as long.

By isolating the heat to the turbocharger and exhaust system, engine bay temperatures are reduced by 60%. Installing a turbo blanket will save you time and money down the road as you won’t be required to replace sensors and wiring.

What Are Turbo Blankets Made Of? The outer layer is made of pulverized volcanic lava rock material. The lava rock outer layer helps trap and deflect the heat back into the inner layer. Since the turbo blanket is doing most of the heat retention, the bearings inside your turbo will not be impacted in any way. A common myth is turbo blankets destroy bearings when in reality it is a matter of inefficient cooling from the oil. Ceramic bearings have been most prone to failure due to their fragile design. If the turbocharger is receiving adequate cooling, there will be no issues with your bearings while using a turbo blanket.

About the Author: Anthony Casoli

@2xmotorsports coming in hot with our RZR Turbo Up

Where would you go to shred if you had a handbrake

Help your engine cool off with our vented engine c

We're so hyped to be apart of @levitate_motorsport

Although UTV's can be fun racing, some just need t

One of the most annoying issues with the X3 door s

Tag someone who you definitely need grab bars when

Who's excited to get out and about again?! 🙋‍

Looking for a replacement for the factory door pul

Need to tow with your Maverick X3? No problem! Pic

The stock YXZ exhaust is simply boring. Spice up y

Lock up those rear tires right away with our hand