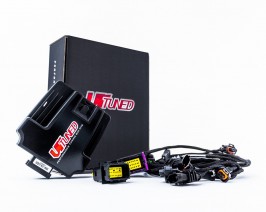 What are the Benefits of ECU Tuning Boxes?

The vehicle’s electronic control unit (ECU) works just like any computer. It plays a vital role in controlling how much fuel is directed into the engine cylinder, ignition timing, and a lot more fundamental engine functions. In modern-day automobiles, the ECU is also responsible for handling sophisticated electronic systems like managing variable valve timing and valve control.

Essentially, a tuning box serves as a communication link between the ECU and the engine’s sensors. It connects to the vehicle’s wiring and modifies sensor signals before sending them to the ECU. ECU Tuning Boxes are also capable of increasing boost by telling the ECU it’s below the target boost level.

A tuning box works by intercepting various sensor signals and tweaking them slightly. This is effectively a way to tell the ECU the engine isn’t outputting its full power, so the ECU makes modifications to increase power to where it thinks it should be. To put it simply, the ECU tuning box tricks the ECU into making the engine produce more power. Once installed, the car will have more power and torque, and sometimes even experience improved fuel economy.

Today, you will find a wide assortment of aftermarket tuning boxes, both online and in brick and mortar shops. Every product offers a unique level of enhancement to your vehicle’s performance. Whatever it is that you choose, just make sure that it’s genuinely safe and dependable. Out of all the tuning solutions we offer, our VR Tuned Tuning Boxes are definitely the most popular.

You can easily install an ECU tuning box all by yourself with just a few basic hand tools. The regular car enthusiast will have no problem installing a tuning box on most application. It also won’t take you long to complete the process and get your car back up and running. For some applications, the process is more difficult, but still easily achievable for the average Joe.

ECU tuning boxes are just temporary. More than seven out of ten Americans drive on leased cars. If you are part of the majority, then it would make sense to choose a tuning box instead of a car remapping software, which forever alters the ECU until flashed back to stock. You have the freedom to reinstall the box, in case you buy a new vehicle, and the old vehicle will get back to its normal factory settings. It’s important to note, however, that manufacturers are capable of spotting signs of ECU altering, possibly resulting in a voided warranty.

If you install an ECU tuning box in your car, you may notice an improvement in the way it runs. This is because a tuning box controls the boost pressure and fuel delivery, resulting in a more efficient running engine. In most applications, you’ll see a significant increase in fuel economy after installing an ECU Tuning box.