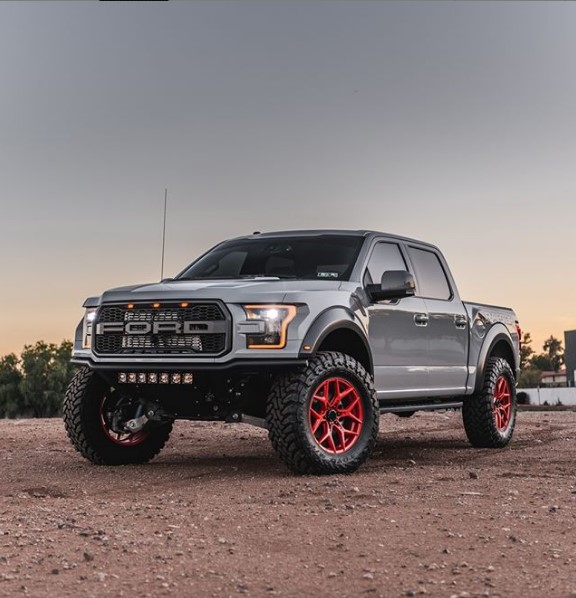 After a two year stalemate, Ford re-released the Raptor with a whole new face-lift and a massive powertrain difference. Most people associated the Raptor with having the beefy 411hp-6.2L V8, or the 310hp-5.4 V8. Ford threw a curve ball and offered the second generation Raptor with the twin turbocharged 3.5L, V6 EcoBoost engine.

This is the same engine in the new Ford GT, minus some bolt on differences and tuning. Cramming it under the hood of the Raptor was a huge power move. This 450hp V6 is very well capable of 600 plus horsepower with a few upgrades and a tune. One thing commonly overlooked, is supporting modifications to handle that kind of power, while maintaining efficiency.

Agency Power has spent months on R&D for supporting modifications on the new Raptor / F-150 3.5L EcoBoost platform. We figured one the most supporting parts to replace first would be the intercooler. The necessity of having a larger intercooler is that it creates more surface area for air to travel through. This allows the air to be cooler when going through the compressor side of the turbo. When turbochargers compress air it creates heat, but that heat decreases the density of oxygen. In turn, will subside energy being produced by the turbochargers.

Having cool / dense oxygen going into the engine maximizes efficiency while increasing the potential for power gain. Using a bar and plate design core, the Agency Power intercooler upgrade is 55% larger than factory. Allowing more air to flow through the core and cool the fins carrying air from the compressor side of the turbocharger to the throttle body. The goal is to cool as much air as possible in the transition from the “hot side” to intake manifold.

Find out more about this intercooler here

About the Author: Anthony Casoli

There are few like it, but there's no replacement

Take a look behind the engineering that went into

Anyone else still thinking about their weekend? Wh

Never too much carbon. This M5 has our carbon aero

Ready to tackle the week 😈

Be sure to take regular breaks to admire your rig

Treat the RZR XP Turbo right with the Agency Power

Going for a "grocery" run 😏

Our quad tip exhaust looks right at home on @crnfe

The RZR engine is known to get hot. Keep it cool w

Letting it all hang out this #tooshietuesday 🥵

Rebuilt and stronger than ever 💪#MotivationMond

For the X3 owner wanting even more, our Valvetroni

This weekend, complete the project you've been put

Putting the supercar to use this Saturday 💪

Another week nearly over. What's your plan this we